Some people have heard of sleep apnea but ignore it. Others have no idea what it is. For the latter, their snoring is just as simple as that; snoring. The shocking truth is that snoring can be a symptom of sleep apnea. This is why you should consult your healthcare provider prior to using any type of snoring solution.

What is Sleep Apnea?

Sleep apnea IS NOT a severe snoring condition BUT a SLEEPING DISORDER characterized by a reduction in breathing or pauses in breathing when you are sleeping. A typical apnea happens when you take in less than 25% of normal oxygen intake for the same amount of time as a non-apneic person, or your breathing stops for at least 10 seconds when youre sleeping. A 4% or more decrease in blood oxygen level can be a further indication of this condition.

During a sleep apnea event, inadequate breathing and poor oxygen levels in your blood alert your brain to wake you up, thereby interrupting your sleep. Sometime, the interruption will compel you to completely wake up. However, in most cases, you will just transition from deep sleep to shallow sleep.

A typical apnea is measured over a period of two hours.

To determine how severe a sleep apnea is, the number of apneas that have occurred are divided by the number of sleep hours resulting in an apnea index (AI). A high number of AI indicates a more severe condition.

Another term that I should bring to your attention is hypopnea. This is a 29 to 69 percent of decrease in normal breathing. This condition is not as severe as apnea. However, it might still interfere with your sleep as it affects blood oxygen levels and disrupts breathing.

Contrary to what most people think, there is no one sleep apnea with different severity levels. Instead, there are different types of sleep apneas. These include:

This is an apneic condition where the brain fails to instruct the muscles to breathe.

This is the most popular case of sleep apnea and unfortunately, the one that mostly goes undiagnosed. In this case, the brain will promptly instruct the muscles to breathe and they will try to do so. However, breathing will be hindered because of an obstruction in the airway.

People diagnosed with mixed sleep apnea have both incidences i.e. the brain fails to command the muscles to breathe and they simply cant breathe due to an obstruction in the airway.

This apneic condition unfortunately goes unrecognized most of the time, especially if minor. You should be aware of the condition so that you don’t confuse it to snoring and end up buying a mouthpiece that can’t address it. There are 4 main characteristics of this apneic condition:

In normal breathing, air will pass behind the uvula, soft palate, the base of the tongue and then through the throat muscles. It will then flow between the vocal cords before finally reaching the lungs. Any distraction in this journey will lead to an apnea. Distraction in the flow of air can result from:

For people with OSA, the airway at the base of the tongue and at the palate of people is always narrower than of those without the condition. Therefore, when they lie on their back, the palate gets directly on top of the air passage. When the body is in a relaxed state, the muscles of the pharynx also relax. Consequently, they fall back and obstruct the airway.

Generally, a person with an apneic condition will not notice when they wake up through the night on each apnea. This is because most of the time the brain wakes them up when they are in REM stage 3 or 4 sleeping state, and they will therefore just move into a shallow sleep.

When this happens, the genioglossus muscles contract, pulling the tongue in a forward state to allow the individual to breathe. Therefore, the only way the person will realize that they did not fully sleep is waking up exhausted or in bad moods. This is because lack of deep sleep results in the body not being fully rested.

The estimated number of people with OSA in USA is 2% of women and 4% of men. However, only 10% of these cases have been diagnosed and are being treated. Here are some of the common symptoms that may indicate you have a sleeping disorder.

Not every person diagnosed with sleep apnea snores and not everyone who snores has sleep apnea. A partner of a person with sleep apnea could also exhibit the same symptoms since their sleep is also disrupted. The best person to truly confirm your condition is a doctor.

Make an appointment with your doctor if you suspect that you could be suffering from sleep apnea or when you notice any of the above symptoms. 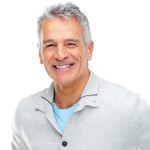